The Autumn Wolfrun: Unmentionable Stuff in My Hair & Why Fake Nails are an OCR MUST

share
facebookOpens a new window twitterOpens a new window
The Wolf Run ... running an obstacle course and discovering that while being short means it makes it tougher, nails like Wolverine give me an unfair advantage ...

The Autumn Wolfrun: Unmentionable Stuff in My Hair & Why Fake Nails are an OCR MUST

So this Autumn I was to take part in The Wolf Run. I’d like to clarify that this doesn’t involve being chased by actual wolves … I’m not quite that desperate to improve my 10k PB. Yet. Or to end my days being savaged like the Mum out of Cujo. If I’m to end my days dribbling and crying, I’d to prefer it to be from copious amounts of alcohol and a really sad book, not a ravenous canine. 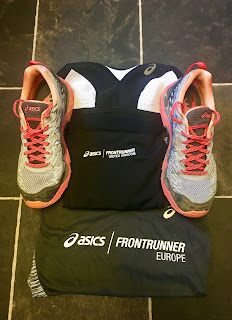 W.O.L.F actually stands for Woods, Obstacles, Lakes & Fields and the Wolf Run is designed to simulate some of the obstacles that you’d meet in the wild, running as a wolf. Although not all … I haven’t yet seen a wolf on a slide. Although should anyone have any handy YouTube clips …?

Registration was as slick as the Fonz’s hair. There were lots of extremely enthusiastic marshals available to help in the large tent and it was easy to pick up a waiver form and get it signed ready to collect my registration pack. Unfortunately my morning handwriting wasn't up to scratch so I did have to decipher what appeared to be particularly badly formed runes. I’m just not a morning person. 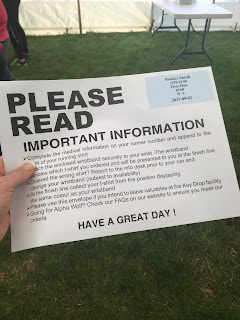 Luckily I’d not even had to drive myself as my husband had been put in the position of Chief Supporter. Which sounds very grand but basically involves standing in the (usually) cold, being berated for taking sub-par photos and being taxi. So not even a pint at the end. I probably should make him a badge or a hat or something. 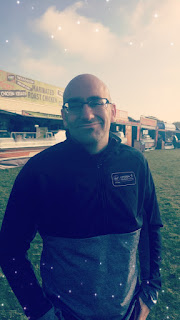 Pack picked up, number pinned on and portaloo visited and sharpie applied to my head branding me with my race number all done. I love having a bit of time before a race starts - not an awful lot worse than having to rush on race morning. As it was a warm morning I even got a bit of late-season sun basking done … and spotted one of my friends from work in LONDON who was marshalling the race. I can never get over what a small world the running one actually is. *Waves at Sophie*

Decided that pre-race relaxing just isn’t the same without needing a wee most of the way around the run and paid £2 for the privilege of some murky black water masquerading as coffee. I was quite happy with this until I spotted the sign on the stall next door offering coffee for £1 … gutted. I could have needed a wee TWICE as desperately while running as could have had TWO cups … 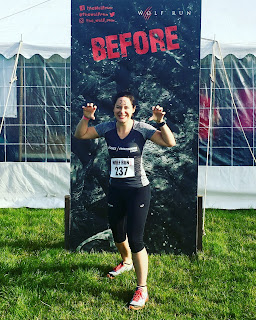 The Wolf Run is a sociable run, which puts a lot of emphasis on teamwork and at the start of each of the waves of their events, they run an extremely enthusiastic warmup. The comperes shout if you’re not trying hard enough and basically get everyone doing a 5 minute equivalent of HIIT. Mainly commando crawling, high knees and bear crawls which basically involved sticking your butt in the air and crawling. Like a cat getting it’s back scratched. But with more mud, grass and lycra.

I was exhausted before we started.

However, that didn’t mean I didn’t get caught up in the start line enthusiasm and was off like a shot like the rest of my fellow lunatics. Usually I’m pretty strict with my pacing. I know what distance I’m running, what pace I’m aiming for and where my heart rate should be. Wolf run pace? No idea. Whatever feels like a good idea at the time. And I’m not sure I HAVE a target heart rate for rope climbing, pond jumping or bog wading. Except for avoiding flatline I was happy to be moving forward.

I did discover an unexpected talent. Turns out I can climb ropes like a monkey. Not sure when I would be using this skill in the future now that I’ve grown out of primary school and gym classes but should I ever need to escape from something that can’t climb ropes (worms? hippos?) and there should be a rope handy … then I’m the girl who will be escaping THAT imaginary predator.

However I was RUBBISH at the pipes. These were slick plastic pipes and I JUST fitted. There was no room to commando crawl or use my legs so I had to drag myself along with my arms and shoulders. It was hard work and I was exhausted at end. You remember that bit in Ace Ventura where he crawls out of the robot rhino’s arse? It was like that. And in case you haven’t seen the film, there’s a recommendation right there. It was how I imagine being born like … but without the drugs. And while wearing lycra.

I thoroughly enjoyed the submerged tunnels and discovered I had a rather unfair advantage. I like having nice nails but due to all the sports I do they need to be practically bulletproof and not chip so I go to a nail place where they make them as Wolverine-like as possible. My secret advantage was being able to dig my nails into the mud and muck at the bottom of the tunnel and drag myself along like a zombie but with better nails. It was surprisingly speedy and I overtook the lad I’d been leapfrogging with on the last few obstacles. He soon caught up again but I noticed that HIS nails weren’t wolverine-esque so should there be another muddy tunnel, bets were on me. 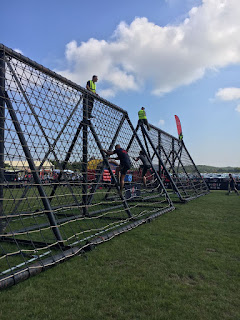 Ended up having a chatter and it turned out that only a few years previously, my new running buddy, Anton been a very overweight man. You’d never guess with the way he was running now but he’d turned his fitness around and was now smashing out obstacle runs like a pro! Inspiring stuff!

I’m obviously the perfect height … *cough*. Ok short. I’m short. And I did find that being vertically-challenged makes some of the obstacles tougher. There are some felled trees and while the lads with long legs and big strides made short work of these, it was almost faster for me to crawl underneath them than to go over them. However, I would have the last laugh as should I trip I wouldn’t have far to fall.

I do find the bog and pond wades tough work. While I enjoy doing these, I lose a lot of time in the field. On the lad, the water was around their knees and they could raise their feet out of the water. For me - the water was around my thighs. However, being lighter on the muddy bog sections if I could get enough speed up beforehand I could pretty much run across the top if the mud was solid enough. Not quite Legolas on the snow, more like Bog Monster in the Marsh but it gave me an advantage.

There are quite a lot of jumps in the Wolf Run. Lots of fun and a bit of gamble especially as you never quite knew how deep they were! On one of the sections, I should have spotted the mischievous look on the marshal’s face before I leapt in … to 6 inches of muddy water. And promptly stuck fast in the thick mud at the bottom. I was loathe to leave my new and rather striking ASICS Gel Fuji Trabuco 5s in the bog so I struggled and wallowed until I could finally pull my feet free and drag myself out of the bog. 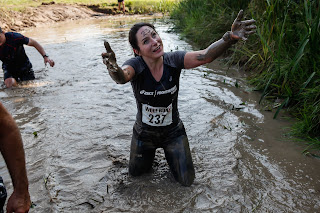 I also learned a new trick. Seeing a few people early on in the race commando rolling under the cargo nets, I gave it a try. It was surprisingly fast and effective! Much quicker than clambering over or crawling under them however I wasn’t sure that the vertigo immediately afterwards took away from the benefit as I probably wasted time bouncing off the trees that I could have spent crawling and running.

While the Wolf Run is totally not a race the marshals were telling me I was the 2nd placed lady in the event. At this stage of unfitness I was TOTALLY keeping that!

There’s an open water swim in the event which I was looking forward to after all the triathlon training of the last couple of years, however despite being confident in the water, I had completely underestimated quite how tough swimming in trainers and full running kit is. I did thoroughly enjoy it however and even did a bit of backstroke to get the benefit of the sunshine! Plus it washed off some of the more fragrant mud which appeared to have been kindly donated by some local cows with dreadfully runny tummies. 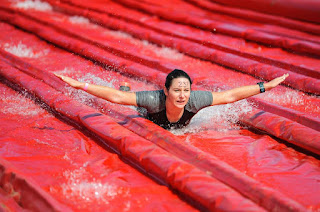 After this section, it seemed only a very short run to the end. There were plenty more obstacles than I’ve mentioned (did I mention the Monkey Bars? The Nutcracker? The massive A-Frame Cargo nets?) but who am I to spoil the surprise for you? It would be like telling you the end of a good book, right? 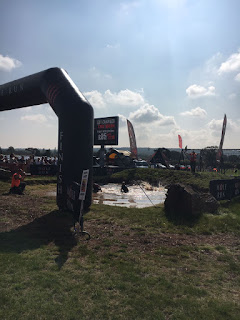 Running up though the last half a mile, you can hear the crowd and the announcer and it adds an additional adrenaline boost. Your legs are tired, you’re covered in rather fragrant mud and there’s something unmentionable in your hair … but there’s something very special about The Wolf Run. You climb the last A-Frame, swinging your legs over the 25-odd foot high top bar and slide down the other side and run as fast as you can towards the inflatable finish arch you can just see the top of over the last hillock. You climb the last hillock … and there in front of you is a massive bog full of filthy mud.

So you do a star jump. As is perfectly normal at the end of a race, right? 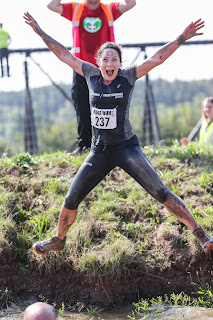 Thanks Wolf Run. Loved it. I’ll be back.

The Wolf Run very kindly offered me a free spot if I wrote a blog about it. As usually I wrote exactly what I thought of it (lots of mud, lots of obstacles and cider!!) and I took no payment for this post.

Want to know more about the ASICS FrontRunner community?