Christa Deanne Harmotto was born on October 12, 1986, in Sewickley, Pennsylvania, to parents Robert and Connie Harmotto. Christa is one of three, with two younger brothers, Nathan and Nolan. In 2005, Christa graduated from Hopewell High School in Hopewell, Pennsylvania, before attending Penn State University. While at Penn State, Christa helped lead the Nittany Lions to consecutive NCAA Division I Women's Volleyball Championship titles in 2007 and 2008 while earning consecutive First Team All-American Honors.

Christa graduated from Penn State University in 2009 with degree in elementary education after student teaching abroad at Yapton Elementary School in southern England her senior year. In April of 2009, Christa joined the USA Women's National team. She helped lead the team to gold medal finishes at the FIVB World Grand Prix in 2011 and 2012. Her performance in the 2012 Grand Prix earned her a position on the 2012 Olympic Team where she helped Team USA win a silver medal, starting all eight matches with a 1.73 points per set average while converting 51.6 percent of attacks. 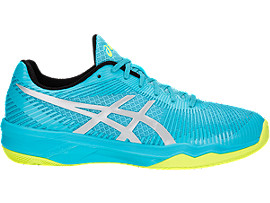